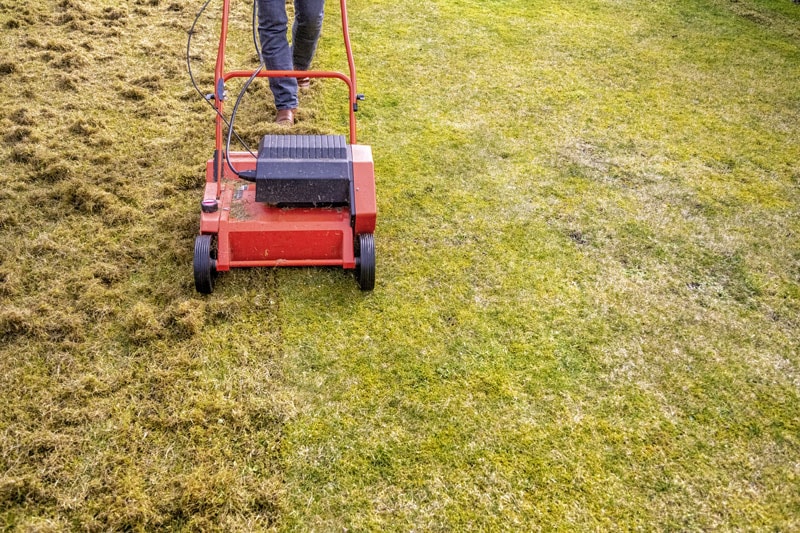 As the snow melts and your lawn becomes visible again, you may be thinking of the best way to make it look its best come summertime. There are many ways to do this, including seeding grass, filling your flower beds with potting soil, and repairing any damage winter has done to paved areas.

What about the plain old grass?

Your lawn is comprised of several layers below the actual grass cover itself, and these layers need to be properly treated if you want an attractive yard though springtime.

First, of course, is the grass, which grows through a layer of dead and decomposing material called thatch, and into the soil.

To properly root and grow, grass needs to be rooted in the soil. Thatch does not contain the nutrients needed for promoting growth. It is loose enough that grass rooted in thatch can easily be torn out even by casual walking or animal activity.

Additionally, the thatch layer is generally the host to a number of damaging varieties of insect life. This is often the greater threat to your lawn in the long run, although not actually a part of the thatch layer itself.

Although some novices try to counter these problems by way of adding fertilizer or applying pesticides. Seasoned gardeners will instead opt to scarify the lawn in question by thinning out the thatch layer. This encourages grass to regrow deeper into the soil beneath.

The tool of choice for this task is a dethatching blade (aptly named). One can also use a power rake for this purpose, although the two are not identical.

Here, we will decide between a dethatching blade and power rake based on the versatility of each tool, their effectiveness at encouraging lawn growth, average cost, and ease of use.

Keep in mind that while these tools are not identical, they share many characteristics. If you cannot find the one you prefer you may still find your needs met by the other.

Related article: Drop Spreader vs Broadcast Spreader: Which One Is The Best in [year] 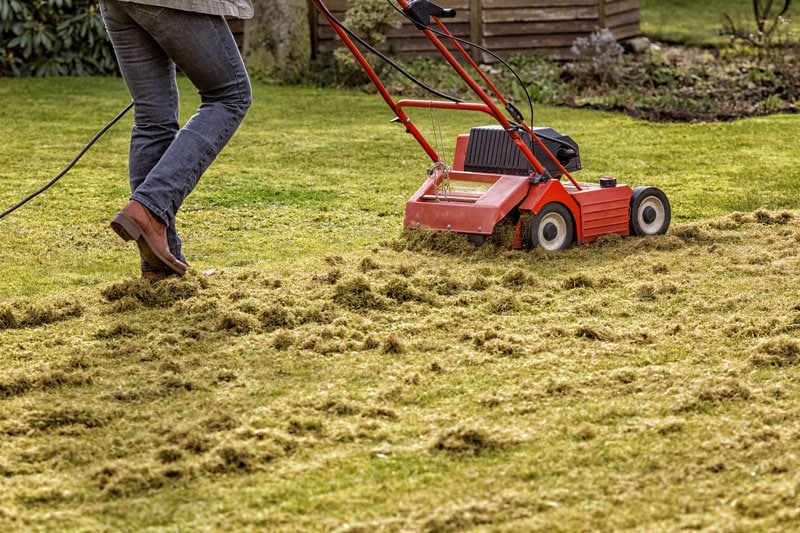 The power rake is a relatively light tool, intended to remove embedded debris before you begin your spring landscaping. It breaks up soil fused together by the winter weather and aerates the yard to promote future growth.

It is recommended to combine power raking with a relatively low mowing of no more than one and a half inches for maximum effect. This will smooth over the lawn surface, remove the remaining debris, and stimulate the grass to grow into the loosened soil.

Power raking is generally quite simple, especially with the advent of the electric rake. These appliances are readily available for rent or purchase and complete the job in a single pass across the yard. 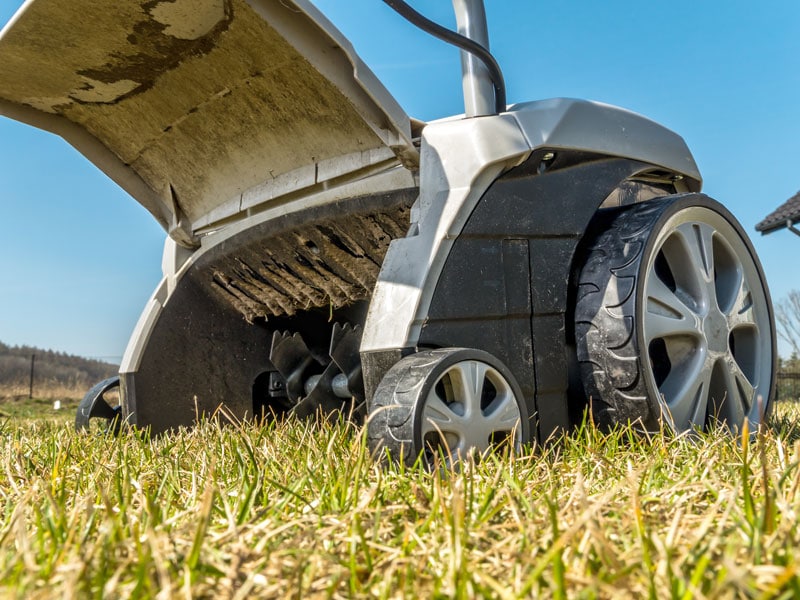 The dethatching blade is used in a more aggressive manner. It can be a stand-alone tool as well as an attachment to a mower or power rake.

It cuts far deeper into the lawn which means it may harm the existing plant life while excising the offending thatch. Real dethatching is more labor intensive than power raking.

After the job is finished you will likely have to follow up with lawn damage control steps to repair your lawn.

Dethatching as a process is not applied as casually as power raking, and the two procedures serve different purposes. Power raking is a preemptive treatment to prepare the lawn for spring.

Dethatching is a reparative treatment that is intended to remove a harmful buildup of thatch and should only be applied when it has been determined that such a condition exists.

A dethatching blade is generally longer than a power rake and will scrape up considerably more yard waste by volume. Even a small lawn can fill the bed of a pickup truck if the thatch layer is thick enough.

Dethatching blades are considered specialist tools and are generally more expensive than a power rake, but that is for the blades alone. Power rakes often come in the form of a large pushing tool, similar to a lawnmower or wheelbarrow, and will cost more if purchased in this manner.

While mowing follows a power raking, a lawn in need of dethatching should be mowed beforehand to ensure that the dethatching blades penetrate deeply enough to cut through the entire thatch layer in one go.

Dethatching is done in at least two passes at perpendicular angles. After the dethatching is completed the lawn will require additional work, like adding fertilizer or seed to assure the lawn will properly recover from the process.

In the eyes of the layman or even an experienced lawn care professional, the power rake will routinely take first place. Dethatching is your option as the need arises.

Use it routinely and you run the risk of subjecting your lawn to damage as dethatching blades cut deep. Less is more.

The power rake can be used year after year, giving a better return on your investment. It is always suitable for lawns that don’t need dethatching.

Another significant draw of the power rake is that despite the somewhat lessened thatch reduction, it will not damage a lawn to the point of needing further care; the dethatching blade will cut deeply to uproot plants and damage the root network of your grass cover, requiring you to expend greater time and resources in the long run to ensure that it returns to full health.