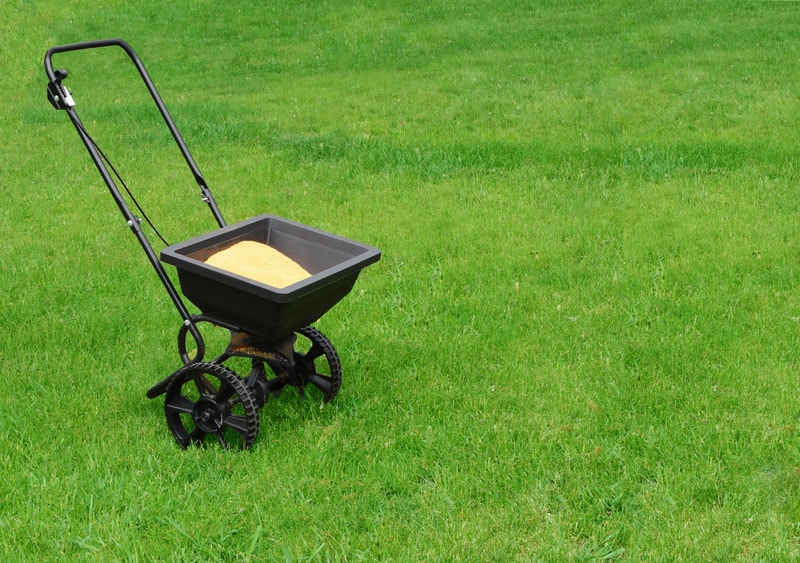 Since the days of sowing wheat in the fields, people continue to look for the best way to spread product evenly over their ground while saving time and effort.

While very few modern homeowners will have a need to plant grain, there is still a need to spread salt on driveways, fertilizer or plant food on yards, or herbicide on areas beset with weeds. While it can still be done by hand, there are a battery of machines you could use instead.

Since most homeowners do not have the considerable tracts of land that make a towed or motorized spreader necessary or advisable, we will focus on small mechanical spreaders. These are available in most hardware or home improvement stores.

These machines will often resemble a wheelbarrow with two wheels and a spreading mechanism affixed below the bucket, or hopper, to scatter the material evenly. As with any kind of equipment, there are plenty of spreaders to choose from.

They can be broadly categorized as drop spreaders and broadcast spreaders.

Deciding which is right for you depends upon your specific needs when you are working in the yard. When you make your purchase, you should factor in the equipment’s load, mechanism durability, and maneuverability over unpaved ground.

Of course, keep your eye out for quality for the price and a solid warranty, too. These tools can be quite expensive when they fall into disrepair.

While comparing, we will also be looking for the best one that loads most effectively, is more reliable, and easiest to use.

Related Article: Dethatching Blade vs Power Rake – Which One Is Better in 2020?

A drop spreader deposits the seed, salt, or anything else you want to fill your lawn with, in a precise path directly below the hopper. The deposit rate is controlled by a lever that will widen or narrow the spreader’s outlet.

Thus allowing the user to spread more or less over certain areas without stopping to readjust the machine.

Because the drop spreader leaves such a precise trail, this is often the best choice for applying weed killer or road salt. Anywhere that involves a relatively high amount of product to be laid down in one area will make this spreader your choice.

This spreader prevents any product from being applied outside the desired boundaries. It easily avoids water features or trees while efficiently laying down your load when and where you decide.

It is worth noting that to achieve this precise placement, a drop spreader sits far lower to the ground than a broadcast spreader of similar size. This gives drop spreaders an added advantage instability.

On the other hand, they are typically wider, heavier, and harder to move. The relatively high concentration of material a drop spreader applies necessitates a larger payload. The hopper needs to stretch over the entire area to where the load needs to be applied. 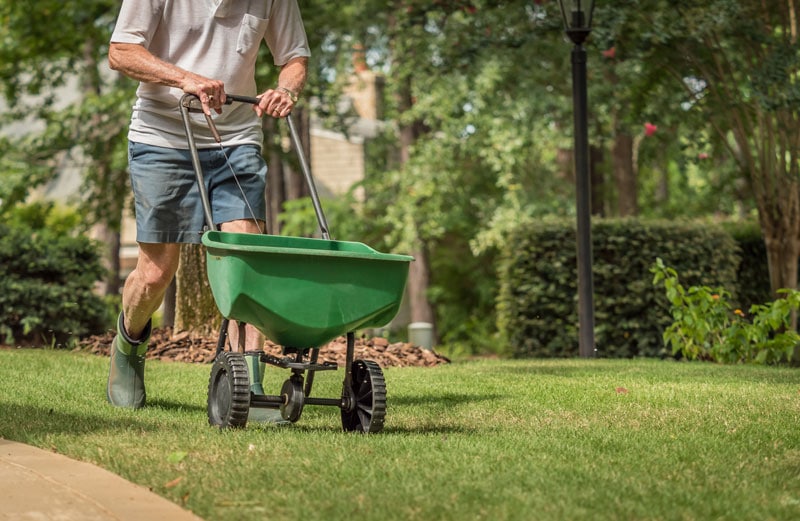 Broadcast spreaders have no wireless reception, despite their name. The title is descriptive of its function in how it throws, or ‘casts’ the payload across broad distances.

This is achieved with its spinning plate that sits below the hopper outlet.

The main advantage of a broadcast spreader is its capacity to sow a larger area in a shorter amount of time. The spinning plate will spread the payload far beyond what a drop spreader could achieve.

It will generally be an even, but light spread.

Broadcast spreaders tend to be smaller and more maneuverable. They are designed for rapid dispersal of seeds or plant food to cover a large area of land in little time.

A particular weakness of the broadcast spreader is that its many moving parts can easily be damaged in the event the spreader is driven over bumps and rocks. These parts can be damaged even while stored in a toolshed.

Most do come with a protective cowling, however, this is not a foolproof measure. The spindle mechanism can easily become damaged or inoperable.

However, the worry of the spindle breaking is relatively low. Most hardware companies take pains to build a cowling over the gearbox to prevent any damage to the machinery, at least during ordinary use.

This feature enables the machine to throw the payload across more areas. The height can also make broadcast spreaders less stable and more susceptible to tipping and spilling the entire load.

The user of a broadcast spreader may find that while in use, with every turn of the spindle, as the payload is being thrown in all directions evenly it will also ‘shoot’ the user. This can be extremely painful if the spreader is being used to deliver larger seeds or to salt wide driveway.

Many spreaders come with an apron or shield that hangs behind the spreader to mitigate this problem, but these can and do dislodge thus exposing the user again.

Spreader can hit user as well

Final Verdict: Between the two, the broadcast spreader is the winner. Although it is less precise, many recent models actually allow the user to modulate the distance so that the payload will be thrown with more exactness due to its different control levers.

Even so, keep an eye on the exact specifications of your job, and consider a drop spreader if it is the best equipment for the task at hand.