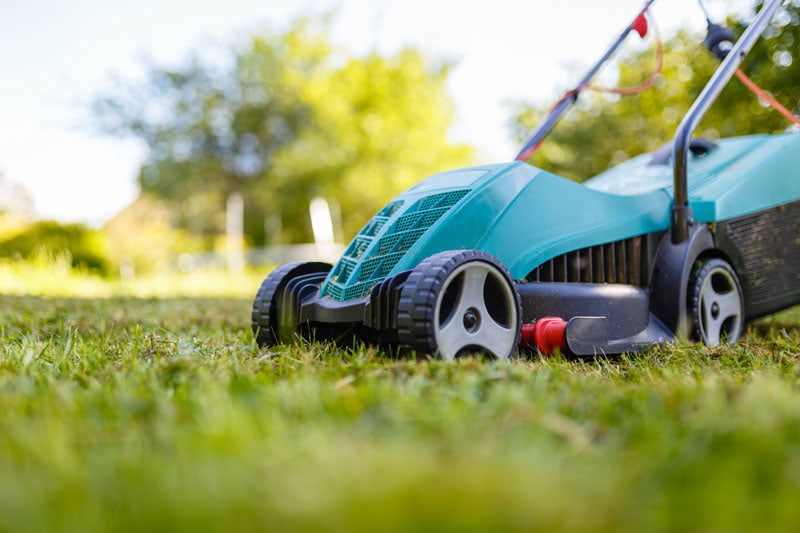 Dethatching your lawn, if it is a large one, usually involves either using a power rake or a vertical mower. If you do an internet search for these, you will find the terms are used interchangeably for the same items.

This is false. Whereas the two machines do accomplish similar things, their mechanism of action and appropriateness of use differ markedly.

Here we will present what these two machines do, how they are used, and when to use them. By the end of this article, you will have a basic understanding of power rakes and vertical mowers. But first, to broaden your knowledge, let’s talk about plant roots.

All about plant roots

Growing up, I was taught that plants breathe carbon dioxide and animals breathe oxygen. This is patently false, at least the first part.

Plants breathe oxygen, but fix carbon dioxide. Sequestered carbon dioxide is used to create carbon chains in the form of sugars, lipids, and are used as the building blocks for amino acids.

All of this is accomplished using the energy of sunlight. That being said, all parts of the plant need oxygen to live.

Plant roots also breathe. If you have ever overwatered a houseplant only to have it break off at the stem and die a week later, you drowned and killed the roots.

Healthy soils typically have about 40-60% air space. That is because plant roots must breathe oxygen. Compacted soil or a barrier over the soil interferes with this process.

Thatch is a mat of decaying organic debris just beneath the green grass layer of your lawn and laying on the soil surface. It is helpful in many ways.

Thatch insulates the soil and associated grass root bed from overheating on hot days. It aids in water retention in the soil during dry conditions. As the thatch gradually decays, it adds organic matter to the soil, improving soil health. 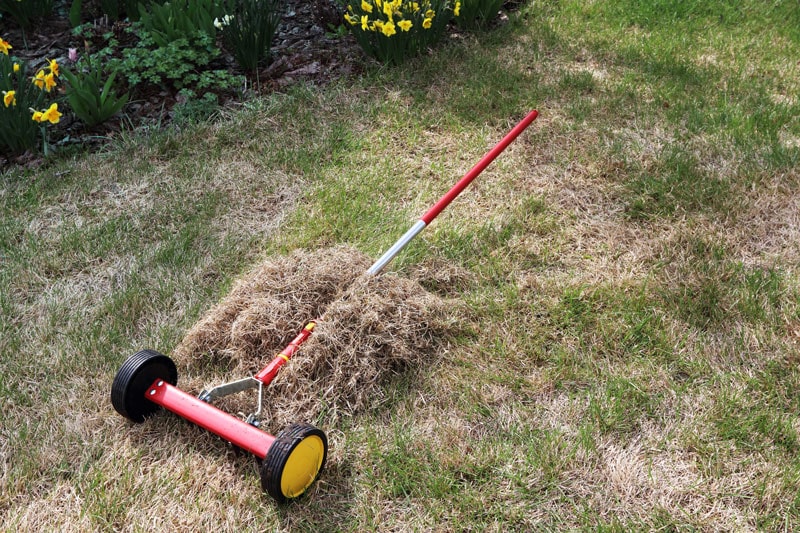 You can determine this with a simple test. Using your hand, press on the turf.

If the turf feels bouncy and spongy, like a mattress, there is enough thatch in your lawn to cause a problem. Normally thatch does not accumulate in large amounts if you follow recommended fertilization and watering for your cultivar of turf grass.

Pull apart the turf and inspect the thatch and root layer. If you see new shoots in the thatch and it is thick, they may not be able to grow through before starving from lack of sunlight and dying back.

Also, root development can favor the thatch layer. A thick thatch tends to heat up and dry out easily under warm, dry conditions leaving roots and shoots vulnerable to die-back.

If your thatch layer is more than ¾ inch, you should dethatch and do so in the spring during the spring growth of your lawn.

The power rake is a device comprised of a rotating bar with tines which rake up the thatch under electric or gasoline-motored power. Some models are large, professional, gasoline-powered walk-behinds.

Others large ones with static tines that are meant to be towed behind a riding lawnmower or tractor. Smaller consumer models are typically electric.

The power rake tine will rake and loosen thatch, much like a manual thatching rake. Power rakes remove four times as much thatch as vertical mowers and ideally should be used by professionals.

If they are used improperly, permanent damage to the turf can result. Using a power rake to remove thatch should be done if (a) thatch is thicker than 1 inch and (b) you have a large lawn that will not be served well by manual dethatching.

Here are a few examples:

Billy Goat PR550H. The Billy Goat power rake is a heavy-duty piece of gasoline-powered, walk-behind equipment. It features a 162 cc Honda engine and an overseeder hopper to drop seed (usually ryegrass) into the cut grooves for quick reestablishment of the turf.

Mantis 7321 Power Tiller/Aerator/Dethatcher Attachment. The Mantis 7321 is a two-part attachment kit for Mantis tillers. The kit contains both a power rake and a narrow verticutter. 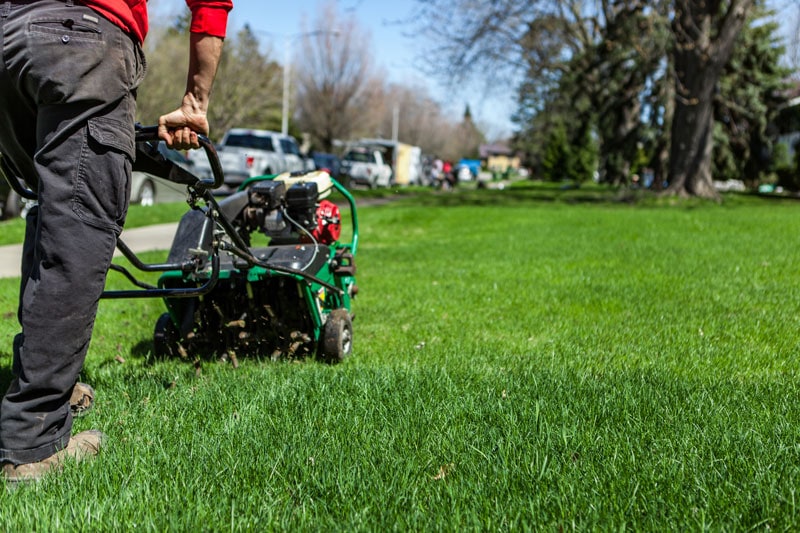 Vertical mowers, also known commercially as verticutters, are a form of shallow tiller. They work to remove thatch by cutting parallel grooves through the turf.

Many models are gasoline-powered walk-behinds, whereas others are meant to be attached to riding lawn mowers or tractors. These are primarily intended for commercial use.

Vertical mowers remove thatch by cutting vertical swaths in the thatch and expose deeper layers of soil to air for improved aeration. The result is traumatic to the turf, but most turf grasses will rebound quickly and benefit from treatment.

Here are a few examples:

Mantis 7321 Power Tiller/Aerator/Dethatcher Attachment. The Mantis 7321 is a two-part attachment kit for Mantis tillers. The kit contains both a power rake and a narrow verticutter.